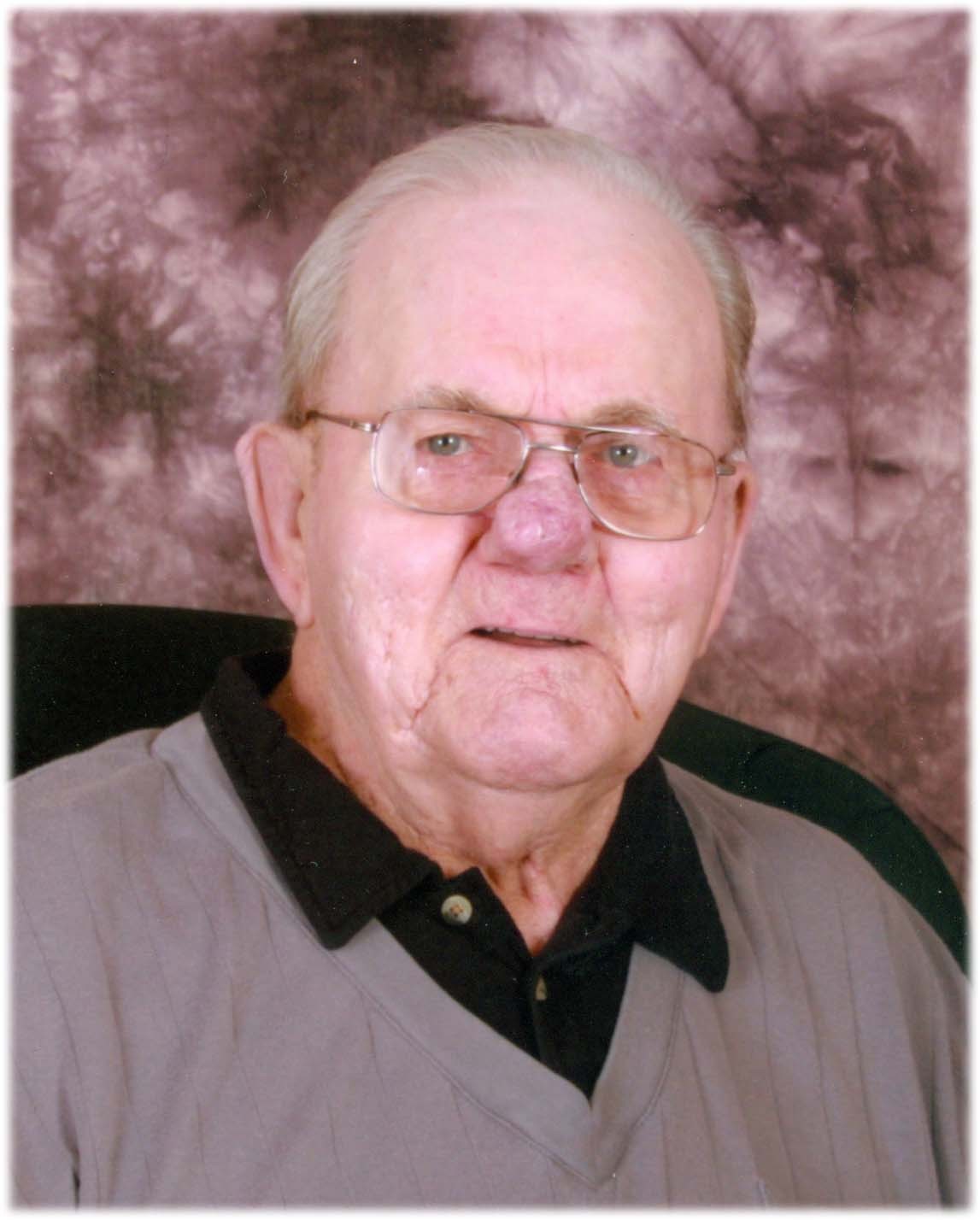 Reinie Bormann, age 87 of Perham, MN passed away on Saturday, August 22, 2015 with his family at his side in Perham Living. Visitation will be held on Tuesday, August 25 from 5:00-8:00 p.m. with a rosary at 6:30 p.m. and parish prayers at 7:00 p.m. at Schoeneberger Funeral Home. Visitation will resume on Wednesday, August 26 beginning at 10:00 a.m. followed by the funeral Mass at 11:00 a.m. at St. Henry's Catholic Church in Perham. Father Matthew Kuhn will officiate. Burial will be held in St. Stanislaus Catholic Cemetery, Perham.

Reinie was born in his home in Ottertail, MN on November 16, 1927, the son of Dietrich and Anna (Stutenschmidt) Bormann. Reinie attended school in Ottertail. He was united in marriage to Viola Dykhoff on August 29, 1950. To this union six children were born, three boys and three girls. They would have celebrated their 65th wedding anniversary on Saturday, August 29.

Reinie worked for Schmitz Ford for 38 years. This allowed him to do what he loved best, tinker and fix things. Reinie was also an active member of St. Stanislaus Catholic Church where he was a trustee for 20 years. After his retirement, he was a custodian for the church as well.

Dancing was something Reinie and Vi loved to do. He also enjoyed coaching softball and watching his boys play.

Preceding Reinie in death were his parents; his 16 siblings; his sister-in-law, Delores Rust; and his mother and father-in-law, Martin and Rose Dykhoff.

In lieu of flowers, Reinie's family requests memorial donations are made to St. Henry's Catholic Church or School.
To order memorial trees or send flowers to the family in memory of Reinhold Bormann, please visit our flower store.