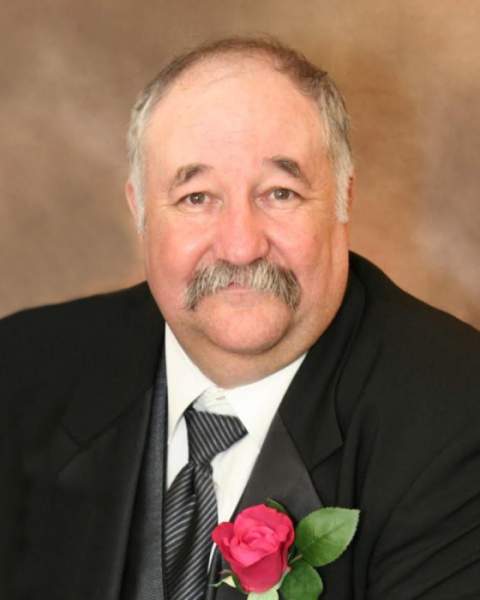 Bob was born July 9, 1952, in Perham to Richard and Elizabeth (Guck) Laughlin. He attended St. Henry’s Catholic School for his grade school years and graduated from Perham High School in 1970. Bob “was one of the last of the draftees” as he often said. He entered the Army in 1972 and was stationed in Germany for 18 months. After he returned home, he was redrafted to train troops.

On August 16, 1980, he was united in marriage to Karen Zitzow at St Paul’s Lutheran Church in Perham. Their marriage was blessed with three children and five grandchildren.

Bob was a member of the Perham Lions and received the Melvin Jones Award and the Helen Keller award. He enjoyed being responsible for the Pedal Pull. Bob earned his Boilers License while working at Perham Quadrant. He also worked many years in the Parts Department for the Ford Dealership in Detroit Lakes. After two years of retirement, he found joy in driving bus for Z Transportation. He looked forward to seeing the children who rode his bus and playing Santa Claus for the 1800 Club Community Christmas Party.

Bob enjoyed fishing with his friends and family and deer hunting with his son. He looked forward to his summers so he could spend his time at Seclusion Point with family and his friends, whom he considered family.

Preceding Bob in death were his parents Richard and Elizabeth Laughlin; father-in-law Marlin Zitzow; and his sister Susan.

Walk-through visitation will be 4:00-8:00 p.m. on Thursday, October 15, 2020 at St. Paul’s Lutheran Church in Perham. The memorial service will be 11:00 a.m. on Friday, October 16 at St. Paul’s Lutheran Church. Burial and military honors will be in the church cemetery following the memorial service. Bob's family asks that attendees wear a mask and practice social distancing during the visitation and service at church.

Robert's Memorial Folder
To order memorial trees or send flowers to the family in memory of Robert Laughlin, please visit our flower store.