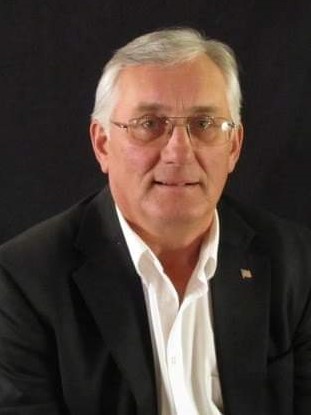 Rodney Clifford Pederson, age 71, of Vergas, MN died peacefully in his home July 23, 2020 after battling cancer for over a year. Rodney was born on October 26, 1948, the son of Ernest and Luella (Hay) Pederson. He was baptized at the Dent Methodist Church in Dent, MN. He grew up on Star Lake at his parents’ resort, Ernie’s Resort.

Rodney joined the United States Air Force in the fall of 1966 after graduating high school in Pelican Rapids, MN. He was trained in mechanics and served as an air traffic controller while stationed in Duluth/DaNang/Cam Rahn Bay Vietnam earning a Sergeant ranking. He received an honorary discharge in September of 1972.

Rodney attended college in Valley City and Moorhead State before moving back to Star Lake. He married Janet Dwyer in July of 1970 and had two daughters: Julie and Nancy. They later divorced.

In 1982, Rodney married Karin Walters and had two daughters: Kari and Kris. They later divorced.

Rodney was employed through Tuffy’s Pet Foods for 26 years. In the mid-90s, Rodney decided to pursue a new career in financial planning, insurance and investments. His success earned him many travel opportunities that brought him to destinations such as Italy and Hawaii. He learned to enjoy retirement at the age of 62. He enjoyed fishing...which was apparent to anyone that met him. He looked forward to putting on a fish fry for the church each year.

Rodney is survived by his two sisters: Jeanine (Bud) Zobrist of Illinois and Susan (Ken) Vanderwal/Faber of California. He is also survived by his four daughters and their children/step-children: Julie Geiselhart (Rob) of Minneapolis, MN with Jack, Lewy, Torii, Trebor; Nancy (Curtis) Beaumont of Minneapolis with Laurence and Hazel; Kari Pederson (Brian Totland) of Frazee with Jerica (son, Bryson), Lane, Kylie, Owen, Levi and MaKenna; and Kris (Nathan) Thon of Vergas with Kendra and Kolby.

Rodney was preceded in death by his parents; his brother Bruce Pederson; and his brother-in-law William (Bill) Vanderwal.

Visitation will be from 5:00-8:00 p.m. with a prayer service at 7:00 on Tuesday, July 28 at Schoeneberger Funeral & Cremation Service. A graveside service with military honors will be at 2:00 p.m. on Wednesday, July 29 at Pleasant Hill Cemetery near Dent. Following the service, all are invited to attend a gathering at Bell’s Resort on Star Lake for food and beverages.

Due to COVID-19, masks are required at the visitation and strongly encouraged at the cemetery. Please respect the six-foot social distancing.

Rodney's Memorial Folder
To order memorial trees or send flowers to the family in memory of Rodney Pederson, please visit our flower store.