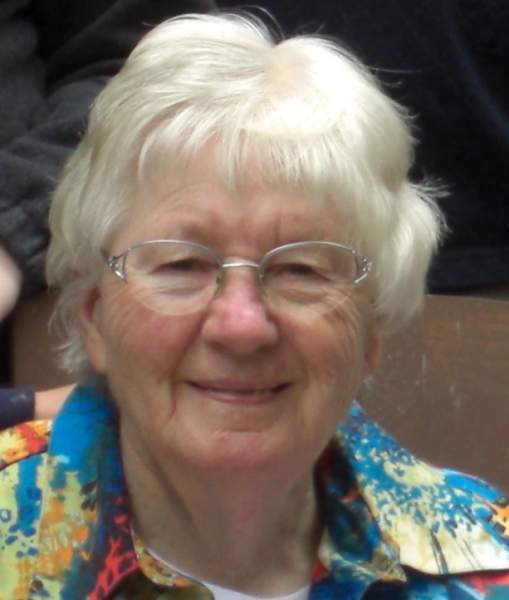 Rosemary Borgerding (Wilkowski) died on September 17 in Spring Valley, Wisconsin, surrounded by the love of her children. Rosie was born in Perham, Minnesota, on January 4, 1928. She was 88 years old. Raised on a farm with her three brothers and one sister, Rosie attended the University of Minnesota where she earned bachelor degrees in education and law. After teaching in Owatonna, Minnesota, she married George Borgerding (†2014) in 1951, and with him raised eleven children in Prior Lake, Minnesota. She resumed her teaching career in the 1970s, and taught at Catholic schools in Prior Lake and Perham.

Rosie lived an extraordinarily full and active life: she visited Europe, South America, the Middle East, and Asia, and, on regular occasions, single-handedly took her children on extended road trips across the United States. As a pianist and organist, she was the first music teacher for many of her children, and served as musician for churches in Prior Lake and Dent, Minnesota, where she made her home in later life. She enjoyed swimming, taking walks, volunteering in the community, and she was pitching for family softball games well into her 80s.

Preceded in death by her husband George, and her brothers James, Paul, and John Wilkowski. She is survived by her children Julie (Borgerding July), Tom, Jill (Romans), Joyce, Jean, Ted, Tim, Terry, Todd, Tony, and Jo (Sharma), 19 grandchildren, 4 great-grandchildren, and her sister Betty Ann (Wilkowski) Rutten.
To order memorial trees or send flowers to the family in memory of Rosemary Borgerding, please visit our flower store.