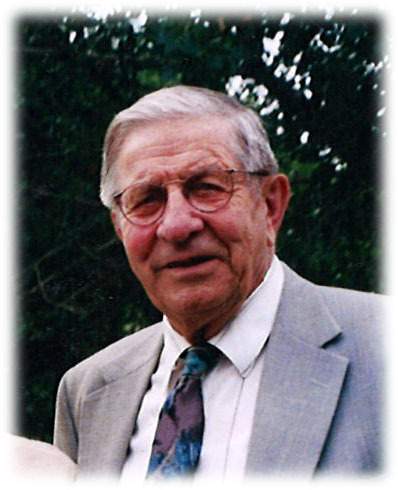 Roy's parents were the late Edward and Marie (Bauck) Martin. He was baptized and confirmed at St. Paul's Lutheran Church in Perham. On June 22, 1943, Roy was united in marriage to Elsie Matz at St. John's Lutheran Church in Corliss Township, rural Perham. Their marriage was blessed with four daughters. They lived on the farm until retiring in 1981. Roy, known as "Fireball" was given his nickname because of his side-arm pitch that earned him the All-State Pitcher in 1949 while playing for the Perham Pirates. He also enjoyed many years of bowling, golf and horseshoes. He served many years as treasurer of Pine Lake Township and held various positions at St. Paul's Lutheran Church. He also shared his talents with the church choir, including a solo on Christmas Eve at the age of 12, "From Heaven Above to Earth I Come".

Preceding Roy in death were his parents; his brothers, Gordon and Walter Martin; his sisters, Ellen Harjes and Lucile Rosen.

Roy will be dearly missed but we await the Glorious Resurrection!
To order memorial trees or send flowers to the family in memory of Roy Martin, please visit our flower store.