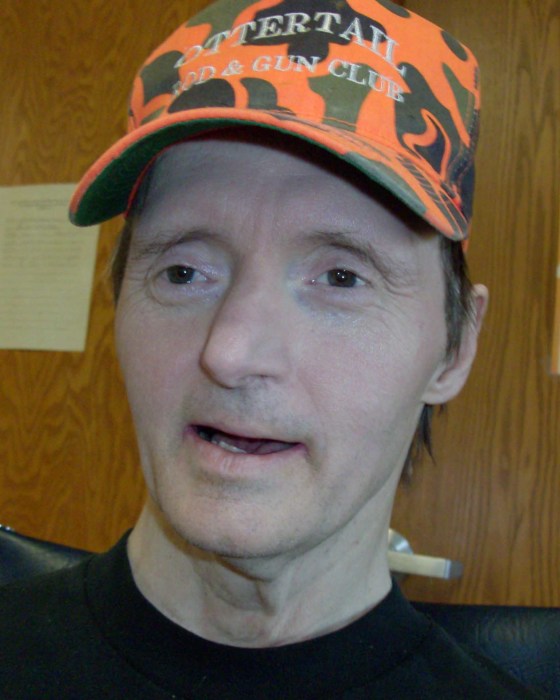 Roy lived in many towns with his family during his father’s career. They settled in Perham in 1971 where Roy attended school in nearby Wadena, MN in a special skills class. He graduated in 1977 from Wadena High School. After graduation, he attended DAC in Dent, MN that became Productive Alternatives in Perham where Roy worked at various businesses. He also was a very active fan for Yellow Jackets sports including volleyball, girls’ and boys’ basketball, and Roy also participated in Special Olympics. One of Roy’s accomplishments was when he became an altar boy in Perham. He was most proud to do it, as he would look at his mom and dad to get their smile and nod of approval. Roy collected pins from many of his favorite players over many seasons. Other activities that he enjoyed were fishing with his family, bowling, swimming and tubing. He enjoyed camping with his relatives, dancing, listening to music, and he was very sociable and had many friends.

Roy's Memorial Folder
To order memorial trees or send flowers to the family in memory of Roy Weber, please visit our flower store.