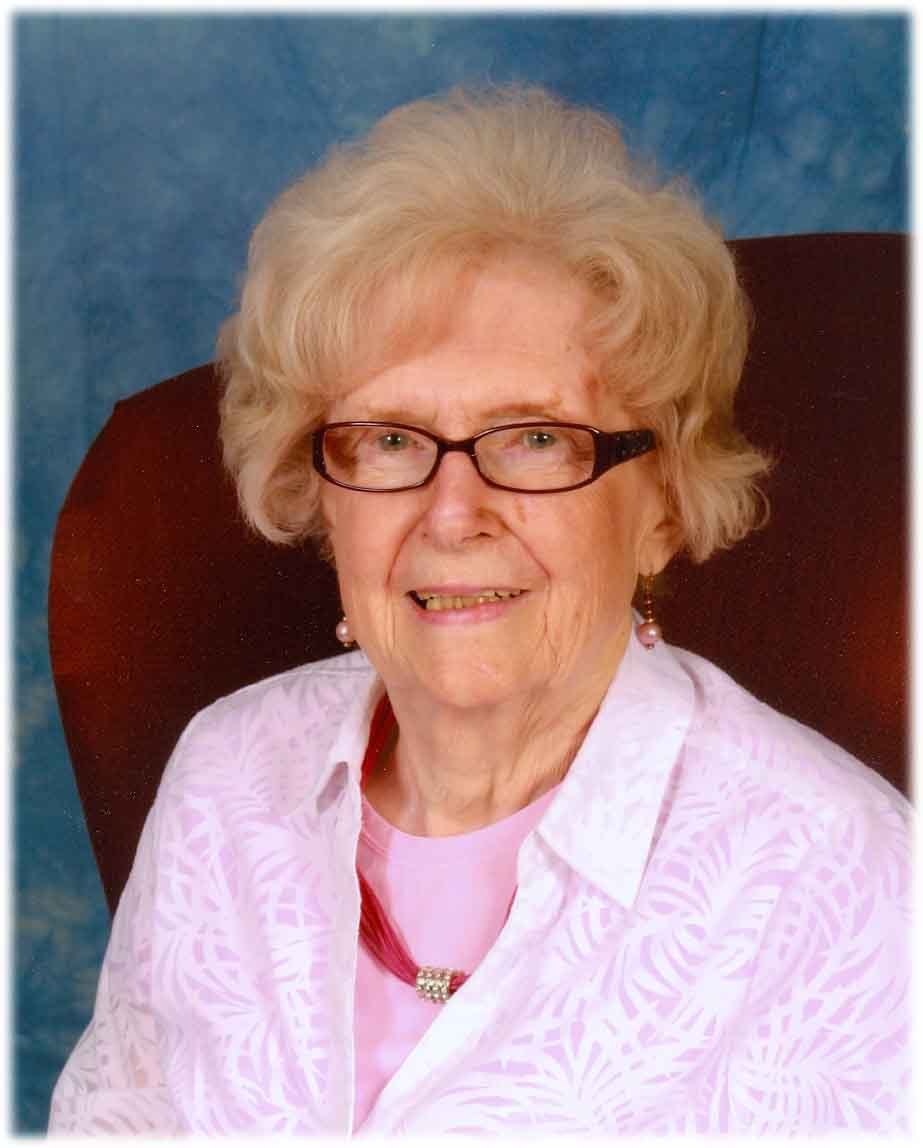 Ruby Ann Brouillard was born in Fergus Falls, MN on May 17th, 1925. She attended school in Oshkosh, WI and then married Bruce Dewar. They started farming and eventually started the Perham Ready Mix in 1967. In 1978, she became president of Perham Ready Mix and Aggregate Inc. upon her husband Bruce's death.

In 1985, Ruby and Mac Tobkin were married in Perham, MN. They enjoyed living on Little Pine Lake for many years and eventually moved into Westwind Addition. Ruby and Mac travelled to China, the Caribbean, Nevada and New Orleans.

Ruby enjoyed playing games, shaking dice, playing golf, family get-togethers and reading books. She also loved to watch Dancing with the Stars and the Minnesota Twins…. until they started losing!

Ruby entered the Perham Living nursing home in 2009; Mac joined her in October of 2013 and became her next door neighbor.

Preceding Ruby in death are her parents; her first husband, Bruce; her brother, John; her sister, Beverly; her daughter-in-law, Connie Dewar (Jerry); and step-daughters Joan (Tim) and Virginia.
To order memorial trees or send flowers to the family in memory of Ruby Tobkin, please visit our flower store.