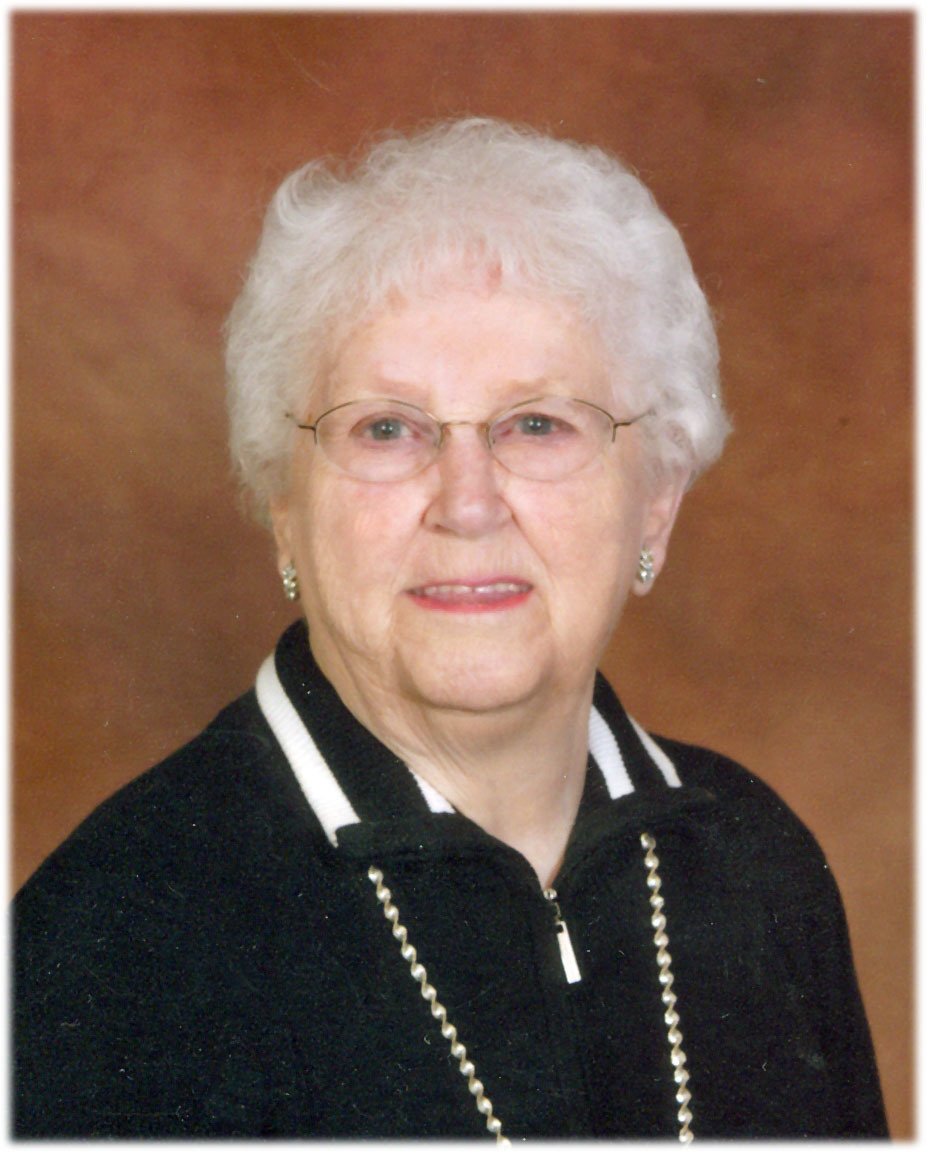 Ruth was born February 22, 1925 in Erskine, MN to Arthur and Julia (Christianson) Erickson. She was baptized and confirmed in the Lutheran faith. Ruth attended Mentor, MN school graduating with the honor of salutatorian. During the war Ruth worked in the Big Fork and Bemidji hospitals. In 1944 she worked in the war plant in Minneapolis. She met Earl Miller and upon he being discharged from the Navy, became married on December 31, 1945. Together they moved from Mentor to Fertile where they started a family. In 1957 Ruth and Earl moved to Twin Valley and enjoyed raising their children. Her home was an "open door" to all the kids in the neighborhood. Ruth worked and volunteered in the Twin Valley Nursing Home in later years. A move was made in 1971 to Perham where she was very active at Calvary Lutheran Church. She became the head of the Quilters Club for 36 years. Ruth was also known for her baby blankets and had made a total of 444. Baking was also important to her. She had a "revolving" door for those who came to visit and to get a taste of her donuts and fresh goodies. Family and friends and her faith meant everything to her. "Miss Ruth" in later years made her life at Perham Living. Staff and Residents became wonderful friends to her and all the family. She touched many with her smile and laughter making this world a better place. Ruth was so loved by her husband, children, grandchildren, great-grandchildren and friends.

Preceding Ruth in death were her parents; her husband Earl; her son Dennis; her brother Gordon Erickson; and her sisters Eileen (Don) Bjelland and Mildred (Lyle) Hughes. Ruth's Memorial Folder
To order memorial trees or send flowers to the family in memory of Ruth Miller, please visit our flower store.