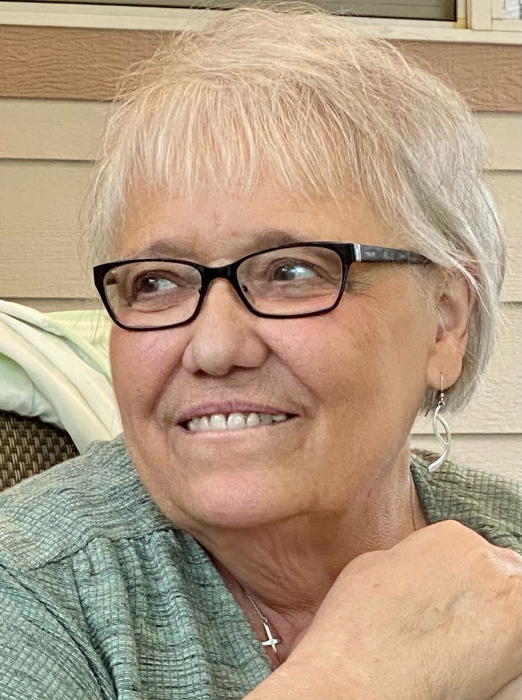 In September of 1965, a recent graduate of Perham High School made the life-changing decision to resign from her first career job in Minneapolis to move back home…she had put life on hold to care for her terminally ill mother and four younger siblings. Four months later, her mother passed away at the age of 42 and Sandy stepped in to take over her role.

On November 11, 2021, at the age of 74, Sandra “Sandy” Kaye Licence (Kimmes) of Perham was received into the loving arms of her Blessed Lord and Savior.

Sandy was born on September 12, 1947, the eldest of five children to James L. and Bernadette “Bea” Kimmes (Ditterick). After spending her first four years in Hallock, Minnesota, her family moved to Perham, Minnesota, where Sandy would attend St. Henry’s Catholic School through 8th grade and graduate from Perham High School in 1965. She often recalled her school years, where she made lifelong friends and cherished memories.

In her senior year in high school, she began dating an underclassman that caught her eye. The high school romance eventually led to a marriage that lasted more than 52 years.

Sandy was the consummate wife, mother and grandmother, always putting her family before anything else. Her children and her grandchildren were her most valued relationships and her smile brightened in their presence. Her siblings also shared a very special place in her heart throughout the years and she remained in close contact with each of them, even when many miles apart.

The couple ventured into newspaper ownerships in Bigfork, Montana as well as Estes Park, Colorado over a period of 35 years. Sandy was always an indispensable partner in business endeavors, which led to successful and award-winning newspapers.

After retirement, she took up quilting and worked part-time in a close friend’s gift store to keep busy and active in her community. She was an involved member of the Estes Park Quota Club and played a role in numerous fundraising events throughout the years.

She was an accomplished homemaker and an unrivaled chef, always excited for holiday gatherings where everything revolved around family and food.

Some of her favorite things included time with her grandchildren, family gatherings, the sights and smells of Christmas, trips to Disneyland, vacations on the ocean, summers at the cabin, playing piano, quilting, bird watching and her treasured golden retrievers.

Sandy and her husband returned to their roots in July of this year, moving back to Perham from Colorado.

To describe her in one sentence: She thought of everyone’s needs before her own. Sandra's Memorial Folder
To order memorial trees or send flowers to the family in memory of Sandra Licence, please visit our flower store.