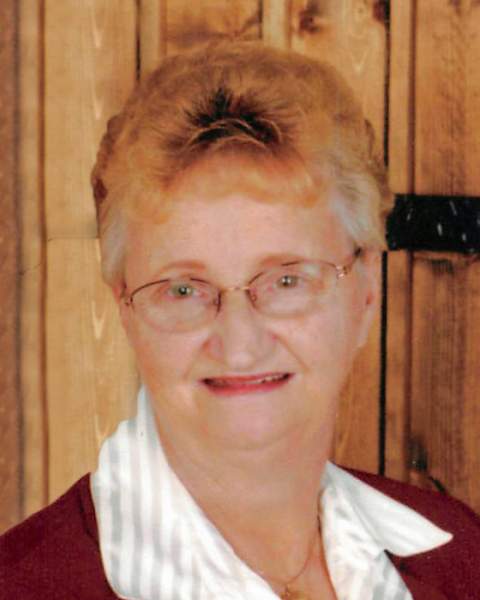 Sandra Lynn Kirchenwitz was born September 15, 1942 in Pelican Rapids, MN to Arnold and Edna (Jorgenson) Satter. Sandy passed away peacefully at the age of 76 on July 4, 2019 at home surrounded by family, under the care of Hospice of the Red River Valley.

Sandy was baptized and confirmed at Trinity Lutheran Church in Pelican Rapids. She attended Country School District #156 South Maplewood until the 4th grade and then went to school in Pelican Rapids, graduating in 1960. After graduation, Sandy went to beauty school in Fergus Falls. She then moved to the twin cities and worked in some beauty shops there.  In 1962, she opened Sandy’s Beauty Shop in Perham, MN.  Sandy married Charles Kirchenwitz at Trinity Lutheran Church in 1964. The couple lived in Perham for four years before they moved to Dent in 1968 and Sandy closed her beauty shop. Sandy played in the Country Ramblers band with Charlie and Henry Kirchenwitz and close friends for many years. Sandy and Charlie moved to the farm in 1979. Sandy devoted much of her life to Immanuel Lutheran Church where she was an active member of the ladies’ aid and enjoyed bible study. She loved spending time with her grandchildren, baking and canning for family, working with her flowers, playing cards and Mexican Train, watching the Minnesota Twins, Vikings and listening to country gospel music.  She spent many hours painting houses for family and friends, babysitting her grandchildren and enjoyed family get-togethers.