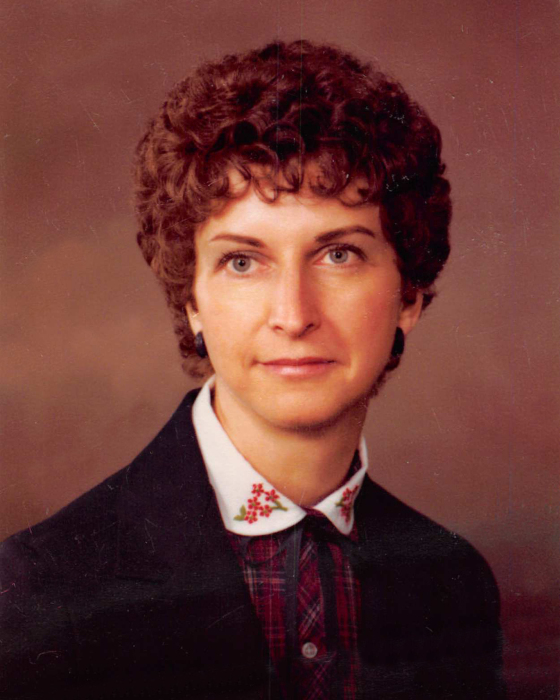 She was born November 20, 1939, to Percy and Ruby (Buss) Adam. When Sharon was four years old, her mother died of cancer. She was raised by her grandma until her father remarried Martha Gundlich when she was seven years old. Sharon was raised on a dairy farm and worked very hard. She was often caught saying “I am never going to marry a farmer!”

While growing up, Sharon was involved with 4-H, band and was a Homecoming candidate. The most daring thing she did was drinking a six pack with four girls in the cemetery.

After graduating from high school, Sharon moved to St. Paul where she was a secretary for Minnesota Mutual Insurance. One night while at home, her roommate answered the phone. It was a wrong number. The two got to talking and invited the caller and his roommate over. Sharon was sitting on the brownstone steps when the men showed up. This was how she met Roger, who introduced himself as David (his middle name and what he was known by in Wisconsin.) She fell for his blue eyes right away. The two dated for a year before Roger proposed. Sharon accepted and then Roger went to Greenland for eight months. They were married May 14, 1960, in Nye, Wisconsin. To Sharon’s delight, they settled in New York Mills on Roger’s parent’s dairy farm. A wedding reception was held for them in NYM. Sharon wasn’t used to the rowdy group and wondered what she got herself into. She also kept hearing everyone talking about Chub. I guess she figured out what kind of family she married into at that time. Sharon and Roger were blessed with their son, Jeff in 1961 and Janelle in 1963.

Sharon had joined bowling league, enjoyed card playing and birthday clubs, which allowed her to make life-long friends. She and Roger stayed on the farm until 1977, and finally got to stop being a farmer’s wife. Sharon then designed their dream home which was built the same year. She also put herself through design school. She joined the Decorating Den franchise in 1978. You could see her driving all over the area selling and installing blinds and curtains in her infamous van.

Roger and Sharon moved to Little Pine Lake in 1995. Sharon continued her creativeness by starting “Rose of Sharon” Designs. She created swags and decorations as well as working on territory sales for various businesses. After the lake move, the couple also took up golfing. They enjoyed spending the summers with their grandchildren, made many friends and great memories.

Sharon and Roger had 62 wonderful years of married life. They took trips Hawaii, Europe, Alaska and hit every state in the US they could. In 2001, Sharon and Roger began spending winters in Mesa, AZ.

In 2010, Sharon was diagnosed with dementia. She fought a heck of a fight. Sharon's Memorial Folder
To order memorial trees or send flowers to the family in memory of Sharon Frost, please visit our flower store.