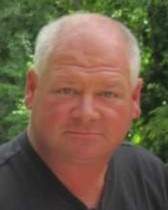 Stephen B. Shumansky, age 53, of New York Mills, MN, died Wednesday, December 19, 2018 due to injuries sustained in an auto accident. Visitation will be from 5:00-8:00 p.m. with a prayer service at 7:00 on Sunday, December 23 at Schoeneberger Funeral & Cremation Service, Perham, MN.

Steve was born June 1, 1965 to Nickolas and Nancy (Simmons) Shumansky in Minneapolis, MN. He graduated from Burnsville High School in 1983 and then the University of Minnesota Duluth in 1988. In 2001, Steve was united in marriage to Nikki Ziegler in Perham. This union was blessed with two sons, Nicholas in 2001 and Benjamin in 2004.

Steve worked at various golf courses in the Minneapolis and Duluth areas after college and in 1992 accepted the Superintendent job at Perham Lakeside Golf Course. At this time his friends in Minneapolis started to refer to him as the “Wudtik” for living up north. In 2005, he hung up his superintendent’s hat to work in sales and start his own business. At the time of his death he was employed by Lakes Area Co-op in Perham as a driver.

Steve loved spending time with his boys and especially having bonfires with them by the lake. He took great pride in watching the many athletic activities that Nick and Ben participated in. He was a talented landscaper and many of his friends and family are fortunate to have had him do projects in their yards. He always looked forward to hosting all his friends for the annual “Wudtik Fishin’ Opener Party” at his home.

Steve’s family would like to thank everyone for their support during this difficult time. Steve's Memorial Folder
To order memorial trees or send flowers to the family in memory of Steve Shumansky, please visit our flower store.