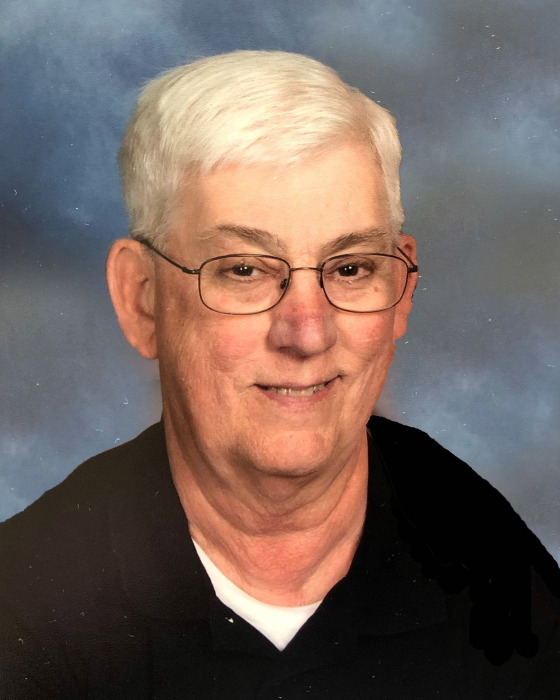 Thomas J. Menz, age 73 of Perham, MN passed away Friday, April 10, 2020 in his home under the care of Hospice of the Red River Valley. Tom was born in Perham on December 31, 1946 to Frank and Winnifred (Smith) Menz. He attended St. Henry’s grade school and graduated from Perham High School in 1964. Tom enlisted in the U.S. Navy while still in high school and left for boot camp upon graduation. Tom served five years in the Navy, his last two years with his two brothers Garry and Larry onboard the USS Forrestal CVA-59 while embarked with VF-11 (Fighter Squadron – 11).

After being released from the Navy in July of 1969, Tom moved to Minneapolis where he was employed by the City of Minneapolis. On November 13, 1971, Tom was united in marriage to Cheryl A. Wientjes of Perham and they were blessed with two sons Christopher and Brian.

In April of 1973, Tom reenlisted in the Naval Reserve and served his country for another 23 years. He retired from the Naval Reserve on December 31, 1995 as the Command Senior Chief of the USS Theodore Roosevelt (CVN-71 – O278) with 28 years of naval service.

Tom was active in the Boy Scouts of America and the Knights of Columbus. In Boy Scouts, Tom served as Webelos Leader, Assistant Scoutmaster, Scoutmaster and Eagle Scout Advisor. Both of Tom’s sons, Chris and Brian, are Eagle Scouts. In the Knights of Columbus, Tom served in all the Council Officer positions and is a past Grand Knight of Council #6772 of Brooklyn Park, MN.

In January of 1999, Tom retired from the City of Minneapolis after 30 years of service as an Inventory Manager in the Public Works Department. After his retirement, Tom and Cheryl moved back to Perham, to their current home in Corliss Township.

Tom enjoyed reloading ammunition, hunting, fishing, the shooting sports and camping with his family. He cherished his time with his two sons hunting and fishing.

Tom is survived by his wife of 48 years, Cheryl; his two sons Christopher (Amanda) of Perham and Brian (Jodie) of Princeton, MN; three grandsons Luke, Michael and Samuel; one granddaughter Shannon; and his two brothers Garry of Perham and Larry of Duluth, MN. Preceding Tom in death were his parents and his sister-in-law Patti Menz.

Visitation will start at 10:00 a.m. followed by the memorial Mass at 11:00 a.m. on Saturday, June 13 at St. Henry's Catholic Church in Perham. Inurnment will be in the Minnesota State Veterans Cemetery near Little Falls, MN.

To order memorial trees or send flowers to the family in memory of Thomas Menz, please visit our flower store.