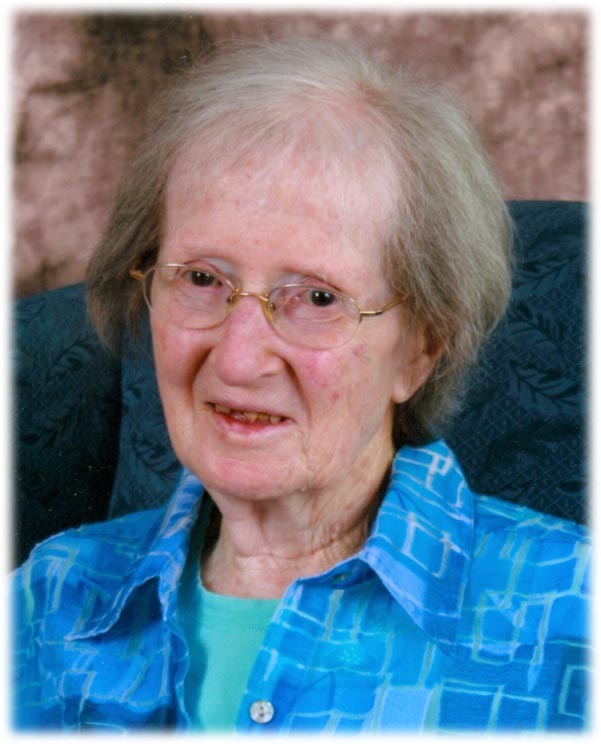 Velma Meyer Karvonen, age 92 of Perham, MN passed away Wednesday, May 14, 2014 in Perham Living. Visitation will be from 5:00-8:00 PM with a prayer service at 7:30 Sunday at Schoeneberger Funeral Home in Perham. Visitation will continue from 12:00-1:00 PM followed by the funeral service at 1:00 PM Monday at St. Paul's Lutheran Church in Perham. Burial will be held in the church cemetery where she will rest next to her first husband.

In Benton Harbor, Michigan, on November 29, 1941 she married Arnold M. Meyer. This was just nine days before the Japanese bombing of Pearl Harbor and this changed their intended future as it did for many. Four years went by as Arnold served his country. After the war, they made their home back in Perham and Arnold returned to the family business, Champlin Oil Company, known as Meyer's Service Station. They had two children: Bonny and Ralph.

Velma was a life member of the Ladies' Auxiliary, VFW Post 4020. She served as Auxiliary President and held the post of District Guard for the 9th District VFW Auxiliary. After many years, she retired in 1983 as Office Manager of the Perham Egg Company.

She married Harley Karvonen on January 5, 1984. During her retirement years, she enjoyed traveling, which included two months visiting many countries in Europe. For the next 20 years, she split her time between southern Texas (Alamo) in the winter and Perham in the summer. Mom enjoyed playing golf and on one fine day she had the privilege of a "hole-in-one" at the Alamo Country Club.

She is preceded in death by her two husbands; her brothers, Fred Rinas, Jr. from Alexandria and Wilbert Rinas of Dent; along with her parents.