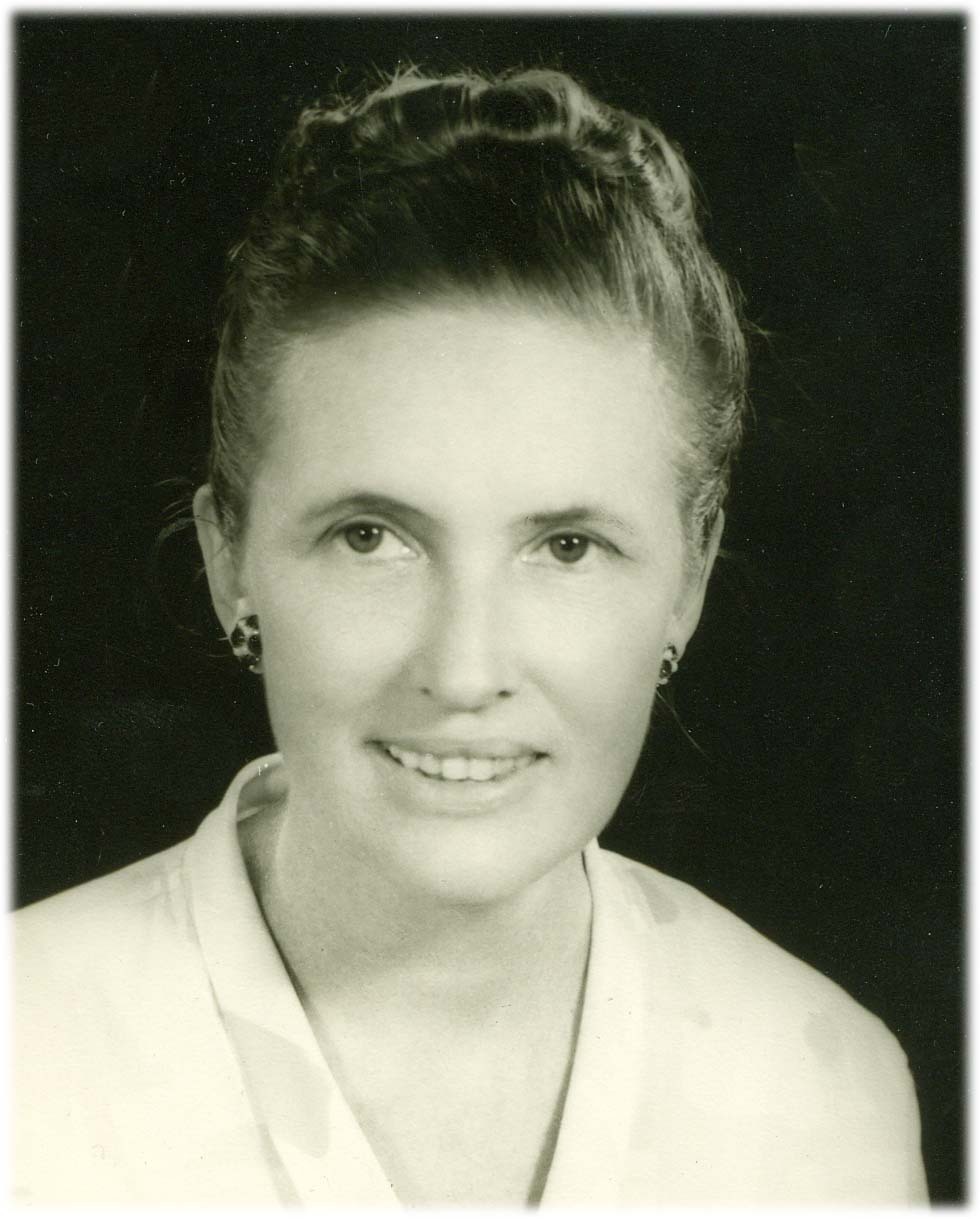 Vera Bernhardine Eid passed away at Perham Living in Perham, MN on February 28, 2015.

Vera was born to Carl Edward and Katherine Jacobs Johnson in New York City on Nov. 10, 1921, and was joined in 1924 by sister Anna and brother Raymond. The following year the family moved to Providence, RI, where Vera grew up, completed her schooling, and then worked as a comptometer operator. She soon met Luthard Eid, who was there serving as pastor of a small Lutheran congregation while working toward a Master of Arts at Brown University. Shortly after receiving his degree, Luthard was called to go to China as a missionary. Vera made a great and courageous decision to join Luthard in his mission, and they were married on June 30, 1946.

Vera's dedicated and eventful life in mainland China and then Hong Kong was made even more so by her raising six children over the course of the next three decades. Many are the fond family memories of events testing Vera's calm demeanor and mothering skills in their home near Luthard's seminary, on a hill overlooking the fishing village of Shatin in the New Territories of Hong Kong.

From 1975 to 1981, the Eids resided in the hamlet of Revillo, SD, where Luthard served as pastor of a rural parish and the last of their children left the nest. They then retired to 15 years of blissful lake life on the shores of Walker Lake in Amor, MN, near the ancestral Eid-family summer-cabin compound called Camp Nidaros. Parishioners of Calvary Lutheran Church during the Walker Lake years, Vera and Luthard continued as such after moving into Perham in 1996, where they have resided ever since.

Vera will be remembered for her gentle and quiet spirit, beautiful smile, and lovely singing voice, as well as for her example of service to her Lord Jesus Christ, love for her family, and hospitality to all those with whom she came into contact.


A Song to Sing
by Vera Eid

A song to sing, a joy to share,
If you watch, if you care,
If you turn to God in prayer,
Tune in his vast world out there,
Hear the music of the spheres,
Let earth's moanings reach your ears,
Quick ignore the shouts and jeers,
Join the laughter, share the fears.
To order memorial trees or send flowers to the family in memory of Vera Eid, please visit our flower store.