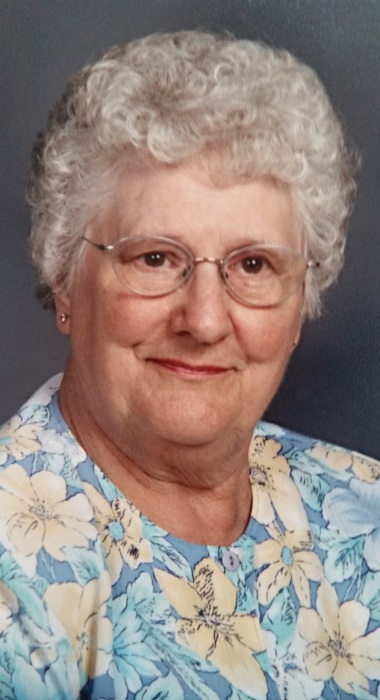 Vernetta (Grover) Schattschneider, age 87 of Perham, MN went home to her Lord on May 9, 2021. She resided in the Briarwood Apartments.

Vernetta Grover better known as “Vernie” or “Babe” was born on November 11, 1933 in Richville, MN. She was the daughter of Earl and Letha (Wells) Grover. She attended Perham High School. Vernetta married Clarence “Red” Schattschneider on October 10, 1950. Clarence was in the Air Force and they traveled around the country for over 23 years before returning to the Perham area. They had three children: John, Gary, and Cathy. Vernie was an active military wife and Cub Scout Den Mother. Her hobbies were reading, golfing, bowling, and working puzzles.

Vernetta is survived by her sons, John and Gary (Corinne); her daughter, Cathy (Mike) Martens; five grandchildren; nine great-grandchildren; her brothers, Ronnie, Gene, Jim, and Randy. Preceding Vernetta in death were her husband of 68 years, Clarence; her parents, two sisters, and three brothers.

A Memorial Service will be held at 11:00 a.m. on Saturday, June 19, 2021 at St. Paul’s Lutheran Church in Perham, MN. Visitation will be one hour prior to the service. Interment at Immanuel Lutheran Cemetery in Dent. Vernetta's Memorial Folder
To order memorial trees or send flowers to the family in memory of Vernetta Schattschneider, please visit our flower store.