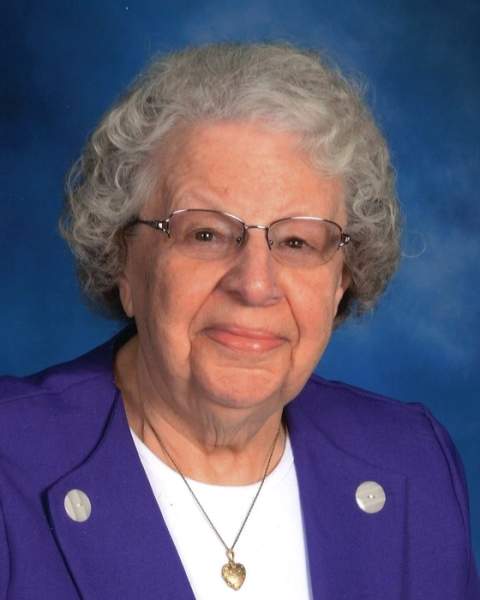 Viola Clara Dykhoff was born in her home on November 29, 1929 in Butler Township to Martin and Rose (Brasel) Dykhoff. She grew up on the family farm with her two sisters and one brother. The family attended Holy Cross Church where her Catholic faith became the cornerstone of her life. She attended the local country school through the 8th grade. Later, she moved to Perham and was a nurse’s aide at St. James Hospital.

Viola married Reinhold Bormann on August 29, 1950 at St. Stanislaus Church in Perham. To this union six children were born; three boys and three girls. When the kids were older and in school, Vi was a baker for Perham Hospital and Home. Vi and Reinie loved dancing and watching their boys play softball. Reinie died on August 22, 2015.

Vi was a member of St. Stanislaus Catholic Church and later St. Henry’s in Perham. For many years she was involved with Christian Mothers and numerous church groups.

Vi enjoyed gardening, knitting and crocheting, and watching her beloved Minnesota Twins. Most of all she enjoyed her family and received such joy from her children, grandchildren, and great-grandchildren. Everyone looked forward to Grandma Vi’s meatballs at family gatherings.

Preceding Vi in death was her husband Reinie; her daughter Jeanne; her parents Martin and Rose Dykhoff; her mother and father-in-law Dietrich and Anna Bormann; sister Delores Rust; and numerous brothers and sisters-in-law.