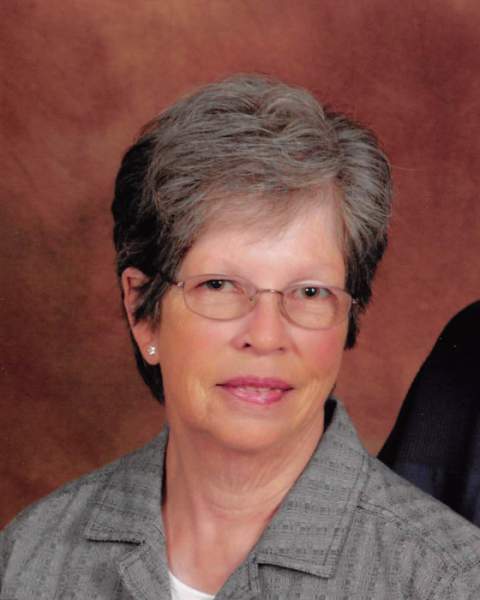 Vi was born April 16, 1938 in LaMoure, ND to Herman and Irene (Anderson) Henrikson. As the youngest of five children, she was the cherished “baby sister.” Vi was baptized and confirmed into the Lutheran faith as a child and remained a devout follower of Jesus.

Vi graduated from LaMoure High School and attended Mercy School of Nursing in Valley City, ND. She worked in Denver, CO and at St. Luke’s in Fargo, ND where she met and married Eldon Bergman in 1962. They resided in Minot, ND, Cyrus, MN, Adrian, MN and settled permanently in Frazee, MN. Vi worked tirelessly at the Frazee Care Center and Eldon taught at Frazee Public Schools. Together they actively served their community, often behind the scenes, which Vi preferred.

Vi enjoyed reading, sewing, cooking for family and attending sporting events. She will be remembered for her gentle spirit and acts of service. She freely gave of herself to all. She was an active member of Calvary Lutheran Church in Perham, MN and was an active member of the Frazee Lions Club and served on the Board of Directors of the MN Lions Eye Bank. She also participated in multiple eye care mission trips to Mexico.

Vi’s greatest gift to her family and friends was her presence. She showed her love best by simply “Being There.” She valued people over things and left a lasting legacy, reminding all of us that the “Greatest of these is Love.”

Visitation will be from 5:00-8:00 p.m. with a prayer service at 7:00 p.m. on Thursday, December 21, 2017 at Schoeneberger Funeral & Cremation Service in Perham. Visitation will resume from 10:00-11:00 a.m. followed by the funeral service at 11:00 a.m. on Friday, December 22 at Calvary Lutheran Church in Perham. Burial will be in Christina Lake Lutheran Church Cemetery near Evansville, MN.

Violet's Memorial Folder
To order memorial trees or send flowers to the family in memory of Violet Bergman, please visit our flower store.