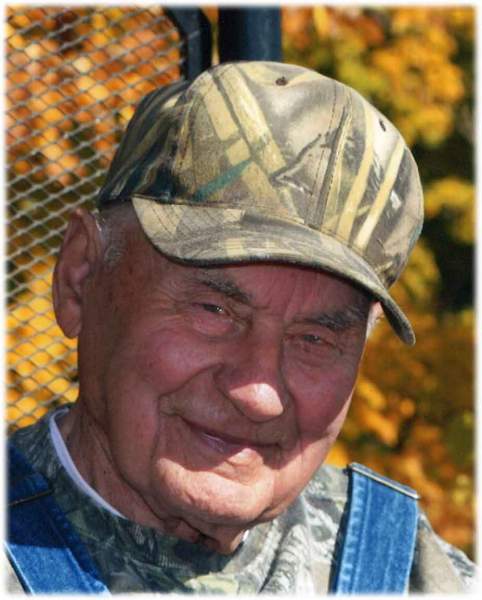 When given his test results in February, Walter responded, "At 92, something was bound to get me." Walter outlived expectations and the family will forever be grateful to the hospice services that helped him so much!

Walter C. Berend was born in Dora Township, Otter Tail County near Vergas, MN to John Sr. and Johanna Berend on December 7, 1921; the youngest of a large German Polish family that always enjoyed being together. He was baptized and confirmed at St. Paul's Lutheran Church (Loon Lake) where he remained a lifelong member. He attended country school near his family home. In his younger years, he worked for relatives in the area as well as California.

He married Elaine H. Diederichs from Dent, MN in Perham, MN on June 1, 1947. They spent time in California before returning to the area. Their daughter and son were born in Pelican Rapids, MN. In 1956, the family moved to the Minnesota North Shore while he worked for Reserve Mining. They moved back to the area in 1958 and Walter became an auctioneer.

He truly enjoyed auctioneering and the people he met through the various aspects of the business. He and a business partner also bought his brother's septic tank business that grew as the local areas were developed with lake homes.

Walter loved a good story, spending time with family and friends, playing cards, eating sausage, drinking beer, hunting, and having a few head of some sort of livestock. He thought twine could fix anything and rarely threw anything away. He LOVED going to town for breakfast, to cash a check, get coffee, lottery tickets, or play some cards. His dog Daisy was a loyal companion. He was never short of an opinion and was right more often than not.

He is survived by his daughter, Rebecca (Darrell) Nielson, Springfield/Vergas, MN residents and his son, Mark (Lee) Berend, Fairfield, TX; granddaughter, Meredith (Mark) Hollenberger of Bloomington, MN; and his sister and her husband, Leona and M.O. Lindell of Sisseton, SD. Many nieces and nephews along with their families also survive Uncle Walter.

Visitation will be held on Wednesday, December 17 from 4:00-6:00 PM with a prayer service at 6:00 PM at St. Paul's Lutheran Church – Loon Lake, rural Vergas, MN. Visitation will resume on Thursday, December 18 beginning at 10:00 AM followed by the funeral service at 11:00 AM at the church. Burial will be held in the church cemetery.
To order memorial trees or send flowers to the family in memory of Walter Berend, please visit our flower store.