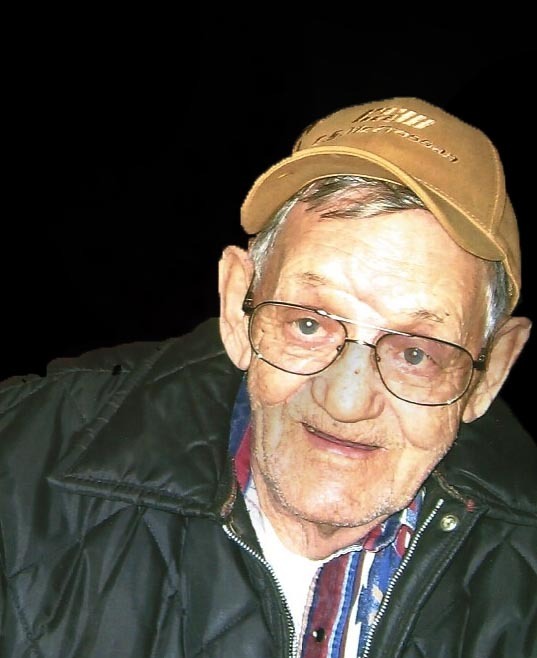 Wesley "Wes" John Johnson, age 84 of Dent, MN died Friday, October 24, 2014 in his home after a brief battle with cancer where he was being taken care of by his loving wife and grandson, Christopher Johnson. Visitation will be held on Tuesday, October 28 beginning at 12:00 noon followed by military honors at 2:00 PM at Schoeneberger Funeral Home.

Wes was born on January 4, 1930 to Edward and Sophia (Crider) Johnson in the Wesley Hospital in Wadena, MN. Wes was united in marriage to Delores Rhodes on June 16, 1956 in Eagle Bend, MN. To this union six children were born. Wes drove over the road for several different trucking companies for over 45 years. He was also a member of the Perham VFW Post 4020 for many years. He and Delores settled in Dent, MN where he enjoyed reading, working in his garden and always making sure his lawn looked good. Wes enjoyed having coffee with his many cohorts and never turned down the chance to hear or tell a dirty joke.

Surviving Wes is his wife of 58 years, Delores; his sons, Ken (Barb) of Perham, and Dan (Lori) of Perham; his daughters, Marcy of Dent, Kathy (Doug Zeigler) of Ottertail, Susan (Rick Ishaug) of Moorhead, and Dawn (Alan Lehman) of Richville; his 16 grandchildren; and 19 great-grandchildren.
To order memorial trees or send flowers to the family in memory of Wesley Johnson, please visit our flower store.