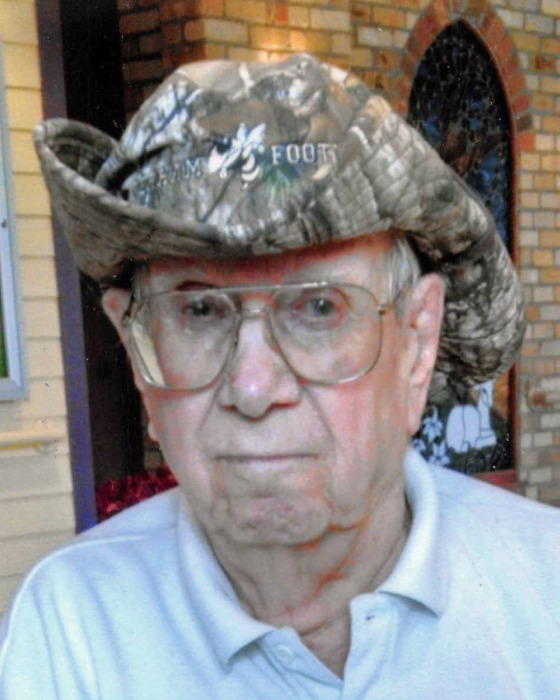 Willis A. Mollins, age 96, former resident of Fargo, ND died Thursday, February 8, 2018 in Perham Living, Perham, MN. A memorial service will begin at 1:30 p.m. on Sunday, February 11 at Schoeneberger Funeral & Cremation Service in Perham with a reception to follow. Pastor Karl Weber will officiate. Burial will be at a later date in the Page Cemetery, Page, ND.

Willis was born November 5, 1921 in Page, ND the son of William and Lottie (Allen) Mollins. He attended school in Page and later worked at the local elevator as well as a farm equipment and implement dealer.

Willis married Evelyn Marie Rock on January 13, 1946. They resided in Page until 1952 when they moved to Frazee, MN where he drove truck for Daggett Truck Line. In 1972, Willis began driving for Melroe and later Clark Equipment while living in Lisbon, ND. Upon retirement, Willis moved to Fargo where he had numerous friends and became an ardent NDSU Bison fan.

Preceding Willis in death were his parents and his four siblings. Willis' Memorial Folder
To order memorial trees or send flowers to the family in memory of Willis Mollins, please visit our flower store.