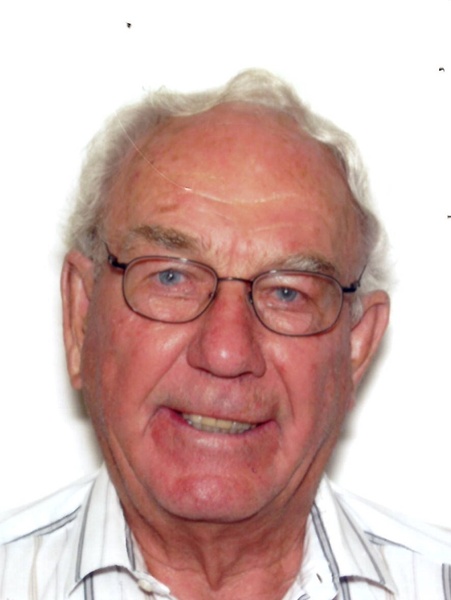 Willmar L. Zitzow, Fargo, ND entered his Heavenly Home peacefully on Saturday, October 1, 2022, at Eventide Nursing Facility with his wife and daughter by his side.

Willmar was born December 14, 1923, to William & Frida (Thom) Zitzow in Vergas, MN. He attended school in Vergas, Edna Township and Perham, MN. He was inducted in the US Army January 1945 and served 1 ½ years. He married the love of his life, Marie Riewer on March 31, 1945, at Fort Hood Texas. After completing his service, they moved to Minnesota where he joined his father in construction. In 1949, they moved to Fargo, ND where he and Marie owned and operated W.L. Zitzow Construction for 40+ years until his retirement.

He enjoyed fishing, hunting, golfing, bowling, and music: Playing his harmonica, keyboard, yodeling & singing! Willmar & Marie loved to dance! On one trip from Florida to Arizona, they found a place to dance in every state along the way! They spent many winters in Lake Havasu, AZ. One of Willmar's top priorities was spending summers with his family at their lake cabin at West McDonald Lake, outside of Vergas, MN.

A Memorial Service will be held at First United Methodist Church, 905-1st Ave. S., Fargo, on Saturday, October 29, 2022 at 11:00 a.m. Visitation at 10:00. Military Honors & Lunch following the service at the church. Internment at Weimann Cemetery, Vergas, MN at 3:30 following lunch. The service will be live streamed. Please coordinate floral deliveries with the church.

To order memorial trees or send flowers to the family in memory of Willmar Zitzow, please visit our flower store.